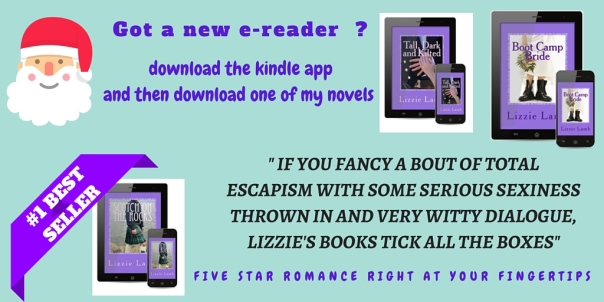 After that, they will revert back to full price

HERE ARE THE BLURBS 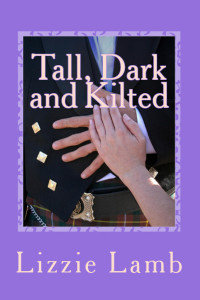 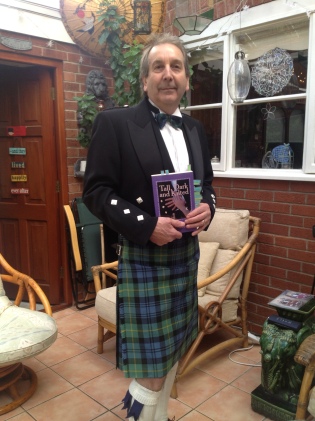 Fliss Bagshawe longs for a passport out of Pimlico where she works as a holistic therapist. After attending a party in Notting Hill she loses her job and with it the dream of being her own boss. She’s offered the chance to take over a failing therapy centre, but there’s a catch. The centre lies five hundred miles north in Wester Ross, Scotland. Fliss’s romantic view of the highlands populated by Men in Kilts is shattered when she has an upclose and personal encounter with the Laird of Kinloch Mara, Ruairi Urquhart. He’s determined to pull the plug on the business, bring his eccentric family to heel and eject undesirables from his estate – starting with Fliss. Facing the dole queue once more Fliss resolves to make sexy, infuriating Ruairi revise his unflattering opinion of her, turn the therapy centre around and sort out his dysfunctional family.  Can Fliss tame the Monarch of the Glen and find the happiness she deserves? 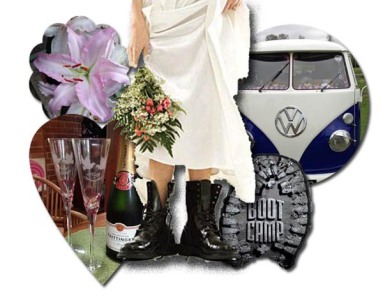 Take an up-for-anything rookie reporter.  Add a world-weary photo-journalist.  Put them together . . . light the blue touch paper and stand well back! Posing as a bride-to-be, Charlee Montague goes undercover at a bootcamp for brides in Norfolk to photograph supermodel Anastasia Markova looking less than perfect. At Charlee’s side and posing as her fiancé, is Rafael Ffinch award winning photographer and survivor of a kidnap attempt in Colombia. He’s in no mood to cut inexperienced Charlee any slack and has made it plain that once the investigation is over, their partnership – and fake engagement – will be terminated, too.  Soon Charlee has more questions than answers. What’s the real reason behind Ffinch’s interest in the boot camp? How is it connected to his kidnap in Colombia? In setting out to uncover the truth, Charlee puts herself in danger … As the investigation draws to a close, she wonders if she’ll be able to hand back the engagement ring and walk away from Rafa without a backward glance. 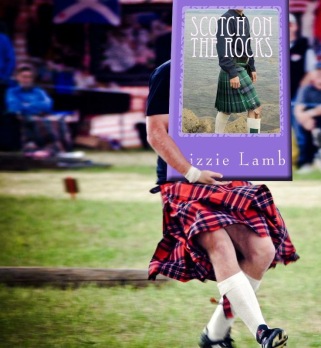 SCOTCH ON THE ROCKS

Where the men are men and the women are glad of it!

ISHABEL STUART is at the crossroads of her life. Her wealthy industrialist father has died unexpectedly, leaving her a half-share in a ruined whisky distillery and the task of scattering his ashes on a Munro.  After discovering her fiancé playing away from home, she cancels their lavish Christmas wedding at St Giles Cathedral, Edinburgh and heads for the only place she feels safe – Eilean na Sgairbh, a windswept island on Scotland’s west coast -where the cormorants outnumber the inhabitants, ten to one.

When she arrives at her family home – now a bed and breakfast managed by her left-wing, firebrand Aunt Esme, she finds a guest in situ – BRODIE. Issy longs for peace and the chance to lick her wounds, but gorgeous, sexy American, Brodie, turns her world upside down.  In spite of her vow to steer clear of men, she grows to rely on Brodie.  However, she suspects him of having an ulterior motive for staying at her aunt’s B&B on remote Cormorant Island. Having been let down twice by the men in her life, will it be third time lucky for Issy? Is it wise to trust a man she knows nothing about – a man who presents her with more questions than answers?

As for Aunt Esme, she has secrets of her own . viewBook.at/scotchontherocks 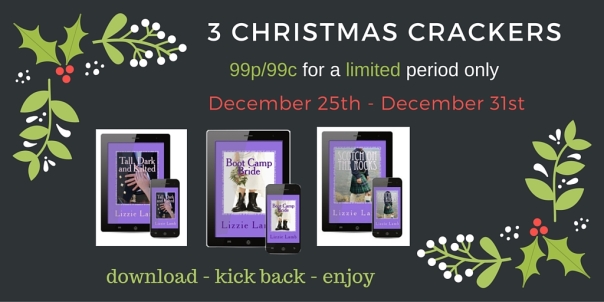 I write contemporary women's fiction mostly based in Scotland with hot heroes, feisty heroines and always a happy ending. Along with three other authors - Adrienne Vaughan, June Kearns and Margaret Cullingford - I formed the New Romantics Press under which our books are published. I have published six books since 2012, the latest being Harper's Highland Fling. I am currently working on #7 which I hope to publish in 2022. In the meantime, do check out my Amazon page: viewAuthor.at/LizzieLamb and click 'FOLLOW' to keep up to date with me and my news.
View all posts by Lizzie Lamb »