January gets its name from the Roman god Janus, who is traditionally depicted with two faces – one looking forward into the future and one looking back at what has already happened. As a self published author, I have taken Janus as my totem as I work on my second novel and have added my own catch phrase: Don’t Look Back.

As a new writer I took the advice to “polish, polish, polish those first three chapters,” too literally and spent months revising, editing and adapting my novel without finishing it. I harboured the mistaken belief that one could send out those first three immaculate chapters to an agent, or present them to an editor at a writers’ conference and wait to have one’s hand snapped off. 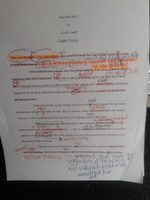 In this crazy stop-start fashion, it took me two years to complete Tall, Dark and Kilted (writing 70k in year one and the final 50k the following year.) I should have had the confidence to plough right on to the end to produce a ‘dirty’ draft or first edit instead of revising and editing as I went along. That would have given me a better idea of the arc of the story and I wouldn’t have spent hours writing scenes which I later jettisoned. I dread to think how many highlighting pens I wore out, the countless pages of the thesaurus I turned searching for the apt phrase, the pithy remark when I should have concentrated on keeping the narrative going.

I have learned my lesson. Honest, Guv, I have!

My current novel now stands at 80, 000 words and I have resisted the temptation to go back and edit. Now, if I can’t think if a word, phrase or an emotion – I simply highlight the gap/omission to fill in later. I should finish my first ‘dirty draft’ by late spring 2013, ready to submit to the Romantic Novelists’ Association New Writers’ Scheme. After receiving my critique, I will make any necessary revisions and send the polished ms to be formatted for Kindle and Create Space by a professional, and have my cover designed.

If everything goes according to plan, I should have the paperback proof to read through for typos etc by the middle of September at the latest. Do-able? I have a photo of my old pal Janus blue tacked to the window near my desk spurring me on, just in case I slip back into my old ways.

I’d love to know how you approach writing and completing your novel. Do share . . .

I write contemporary women's fiction mostly based in Scotland with hot heroes, feisty heroines and always a happy ending. Along with three other authors - Adrienne Vaughan, June Kearns and Margaret Cullingford - I formed the New Romantics Press under which our books are published. I have published six books since 2012, the latest being Harper's Highland Fling. I am currently working on #7 which I hope to publish in 2022. In the meantime, do check out my Amazon page: viewAuthor.at/LizzieLamb and click 'FOLLOW' to keep up to date with me and my news.
View all posts by Lizzie Lamb »